NetherLight, SURF's open light path exchange, makes it easy to set up light paths with collaborative partners both in the Netherlands and abroad. NetherLight can also be used to connect service providers, so they can be accessed using light paths.. 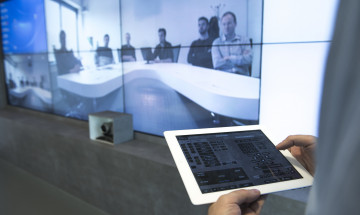 NetherLight is one of the open light path exchanges that enables 100 Gbit/s facility for education and research. This gives education and research access to a reliable advanced link that allows data to be transferred between the United States, Canada and Europe at speeds that previously could only be achieved on the mainland.

Advanced link between the United States, Canada and Europe

The ANA-300G (Advanced North Atlantic) project provides education and research with a reliable, advanced connection that allows data to be transferred between the United States, Canada and Europe at speeds that previously could only be achieved on the mainland. ANA-300G was developed in a collaboration between five advanced networks for education and research: Internet2, NORDUnet, CANARIE, GÉANT and SURF.

ANA-300G is a redundantly configured network consisting of three 100 Gbit/s links between open light path exchanges on both sides of the Atlantic. This version of ANA-300G ensures that there are no longer any single points of failure, and protects against failure in the unprotected, individual 100 Gbit/s transmission paths. The three paths are necessary because repairing an underwater cable can take several weeks. If something were to happen to the remaining cable over that time, the facility would not be available. The third cable reduces the risk of disruption to an acceptable level. ANA-300G builds on the success of and lessons learned from the test phase that began in June 2013 under the name ANA-100G and ended in October 2014.