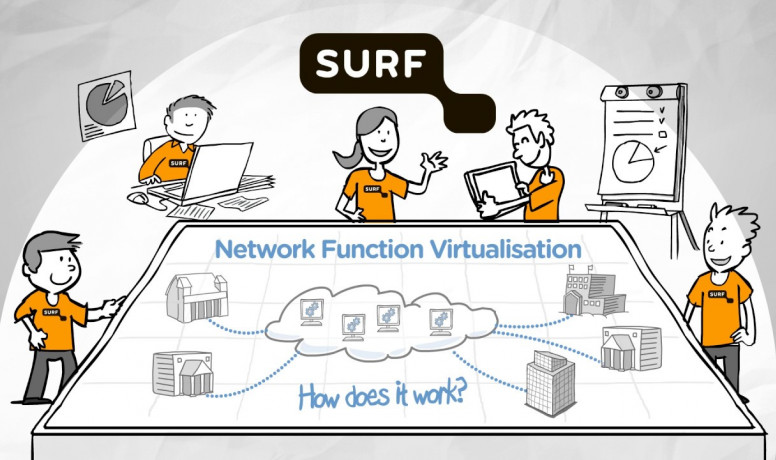 Network Function Virtualisation (NFV) is one of the technologies we are researching with a view to enhancing the SURFnet network. With NFV, the functions conventionally performed by specialised network equipment are migrated to a virtualised environment. Examples of these network functions include rate limiting, firewalling and intrusion detection. NFV allows such network functions to be implemented in a flexible and scalable way.

Visitors to SuperComputing 2016 were able to see for themselves that NFV actually works. They were able to put on VR glasses and then activate various network functions in a virtual reality environment. This allowed them to programme the network. The result was real-time processing of the visitor's 3D image.