"We're all in the same boat"

He was always quite capable of keeping an academic distance from his research on climate change. Until about a year ago. Leo van Kampenhout became a father, and was shocked by the heat wave that swept over the Netherlands last summer. "Since then, I've been thinking more about how, as a scientist, I can contribute to the solution."

Leo van Kampenhout (33) is conducting research into the melting of the Greenland ice sheet and its effect on the rise in sea levels. He does this by running climate models on the national supercomputer at SURF. A climate model is essentially a kind of 'digital copy' of the earth; on the computer you simulate elements such as wind, sea currents, CO2 concentration and temperature. If you change one of those elements, you can calculate what the effect will ultimately be on the ice, and hence on sea levels.

In his PhD research Van Kampenhout focuses on both improving the models themselves and making future projections. He does this at the Institute for Marine and Atmospheric Research Utrecht, in the Ice & Climate Department. His office overlooks the Utrecht Science Park; on the wall are maps of Greenland.

This kind of research is really only possible using a supercomputer

"Since we don't know what the future behaviour of mankind will be, various possible scenarios have been devised", says Van Kampenhout. "On the basis of those climate scenarios we do model simulations. In order to gain confidence in the models, they are first tested on today's climate. In my research I look at both the current and future climate using the national supercomputer Cartesius." This kind of research is really only possible using a supercomputer. "In fact, there are supercomputers that are built specifically to run climate models, like – as the name suggests – the Earth Simulator in Japan."

To his regret, the researcher has never seen the Greenland ice sheet up close. "I'd like to, but fieldwork is not part of my research project. Such a journey would also be expensive, especially the helicopter flight from the coast to the ice sheet itself. Here at the institute there are a few ice cores drilled out of the ice in Greenland, which is very cool. From these, you can measure how old the different layers are in that three-kilometre-thick ice sheet."

He started at Utrecht University as a model developer. "A model developer runs the models on the supercomputer and makes the output available. A climate model is actually a kind of advanced Lego box with blocks that you can stack or take down to see the effect of different processes. Sometimes you have to look at separate blocks to get to the core. Gradually I became more and more involved in research and applied for a PhD." Van Kampenhout hopes to defend his thesis at the end of September 2020.

He has always been environmentally conscious, but used to know a lot less about the subject. "The articles I read now make me realise just what a hugely complex problem it is. It is not only a matter of rising sea levels. In that sense, I'm not very optimistic. We have known about the climate problem for 30 years, but too little has been done about it in that time. There are also such large vested interests at stake... we can't easily win this battle. Though actually it's not about winning or losing; we're all in the same boat."

Not everyone at the institute shares the same level of social engagement. "We sometimes have arguments over this. For me personally: this is so topical and urgent. As a climate scientist I want to take responsibility by disseminating information and emphasising the urgency of the problem. Social scientists say there is no such thing as objectivity. By choosing a particular subject, you're already making a subjective choice. But as a scientist, you always try to be transparent and unbiased, of course. Personally, I don't think your outreach influences your research or your credibility. In science you just have hard data and everything can be reproduced. But I'm not only a scientist; I'm also a citizen. I'm concerned, and now there's still time to do something." 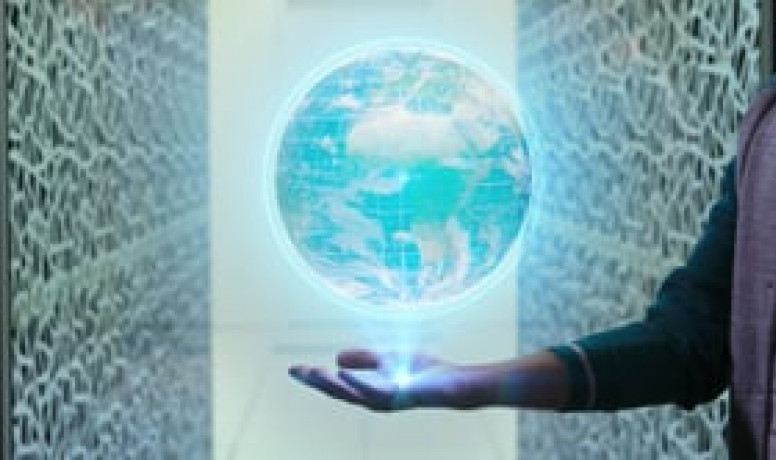 Subscribe to SURF News and receive biweekly the latest updates on innovation in education and research!