The NetherLight open light path exchange is the European hub for international light paths within the Research and Education Networks community.

Who is it for?

The NetherLight open light path exchange is operated by SURF and can be joined by any party to connect to an unlimited number of other participating parties. NetherLight is for:

The (international) education and research community

Connect with other (research) networks worldwide. Education and research organizations with a Multi Service Port (MSP) can use the bandwidth available on this MSP to quickly set up a connection to partners on NetherLight.

Providers of services such as IaaS and storage

Through just one connection to NetherLight, as a cloud provider you are connected to a range of different networks, including the SURF network for education and research.

NetherLight has direct links with Chicago, New York, London, Barcelona, Prague, Hamburg, Copenhagen, Moscow, Thuwal (Saudi Arabia), Taipei and Seoul, to name but a few. Other National Research and Education Networks (NRENs) also have a fibre-optic connection to NetherLight, creating a wealth of opportunities for interconnection. These fast connections are available to institutions from the education and research community.

NetherLight can also be used for high-speed research links both in the Netherlands and abroad. SURF and NetherLight have a wealth of experience of sharing expensive tools or big data with third parties via light paths.

NetherLight uses the latest technology and is a world leader in this field: NetherLight was the first platform in the world to enable on-demand light paths and the world's first 100 Gbit/s intercontinental connection was established through NetherLight.

Watch the video on NetherLight: 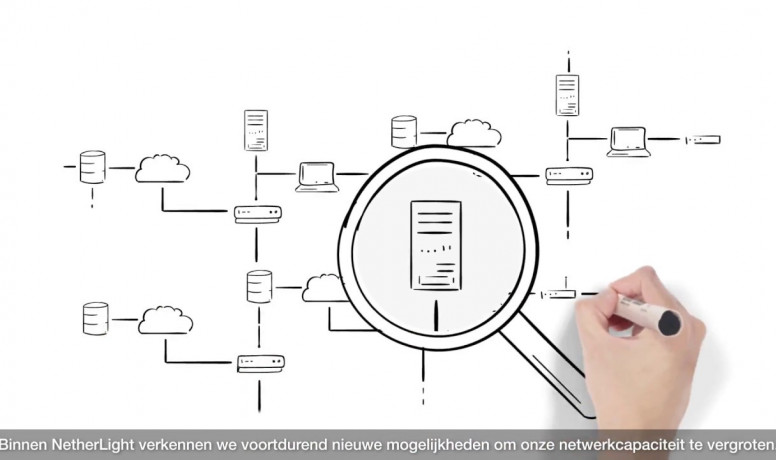 For further information on offering your service via NetherLight, please contact Alexander van den Hil (see contact details at the bottom of this page).

Ask me your questions about our network services
Telefoonnummer
+31 88 787 30 00
E-mail
alexander.vandenhil@surf.nl