Best practice: UMCs together in the cloud with Office 365

The University Medical Centres (UMCs) are moving into the cloud, making use of Office 365. The first step is the joint migration to Exchange and SharePoint Online in Office365. This will provide greater service continuity, reduce the effort involved in management activities, and deliver significant financial savings. 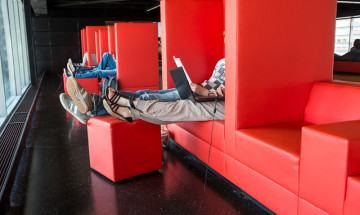 Hans Maring is the Secretary of the Committee of UMC IT Directors (AcZie). He explains the background to the decision to jointly move into the cloud. "Two years ago, a number of UMCs took the initiative to examine whether we could outsource software that isn't specific to UMCs, such as Office and Exchange," says Maring. "Due to our relationship with SURF, we decided to turn to them with our proposal. A working group was then formed with representatives of SURF and three UMCs, who came up with a number of different scenarios."

Continuity and relief by SURF

The biggest advantage for the UMCs is continuity of service, says Maring: "Every UMC finds it difficult to hire qualified staff to manage this kind of software. It is important to us that SURF relieves us of this work: it's great that we will soon no longer have to worry about this kind of generic software. We won't have to take care of version management or migration processes. We ultimately hope that this will free up time for managing the software that is specific to UMCs."

“We ultimately hope that this will free up time for managing the software that is specific to UMCs.”

As well as continuity and convenience, cost reduction was also a consideration according to Maring: "You can come up with an optimistic and a pessimistic scenario, but even with a pessimistic scenario the balance sheet remains positive. That has to do with the fact that we each employ 2 or 3 Exchange managers and use 10 to 20 Exchange servers, depending on the size of the organisation. The cost reduction we can achieve on that front is improved still further by the fact that we have access to an extremely good-value licence fee on SURFmarket."

The UMCs are transitioning from an on-premises ICT infrastructure to a cloud solution. Maring believes that this will have a major impact on the UMCs: "The user is moving to a different service model which we need to set up. For example, we need to make it possible for the user to talk directly to Microsoft. This will involve different forms of contract. We have also invested a lot of effort in concluding robust supplementary agreements with Microsoft with regard to information security and privacy protection."

“We have also invested a lot of effort in concluding robust supplementary agreements with Microsoft with regard to information security and privacy protection.”

Due to its impact, according to Maring, the migration is being carried out carefully: "That's why we aren't rolling out Office 365 completely straight away. We are starting with Exchange. We'll begin by migrating just the mailboxes, so not much will change from the user's perspective. But soon after that we want to get started on the client side too. All in all, we anticipate that the entire migration will need the next 2 years."